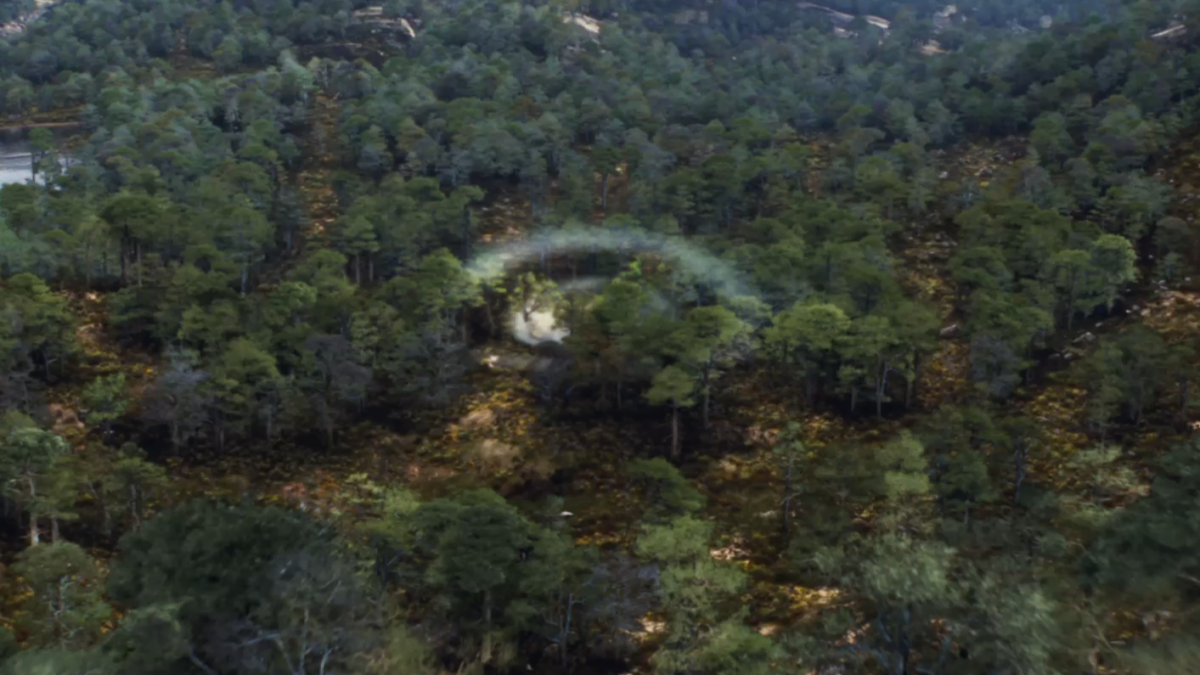 I created a procedural rig for the trees in this shot (as well as the rest of the sequence). It is flexible enough to be used for trees, bushes, and grass alike. The rig is a complete rewrite of the previous rig that our department used, and it is far more capable than its predecessors. For this shot, I rigged 12 variations of trees which all needed to produce similar dynamic behavior from the impact of the blast.

I simulated each individual tree in the foreground and midground to give the best possible reaction to the blast. I wrote some software to be able to adjust the blast strength, timing, and direction, depending on the placement of the tree. Finally, I glued together all of the pieces with our pipeline which was able to run the simulations in parallel.

This shot is representative of many different tools that I created in order to produce shots of this nature on this film (and many films to come):